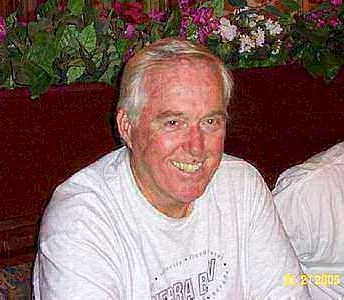 GEORGTOWN, TEXAS – Jay Walker Hansen was born on Sept. 12, 1943 in La Mesa, California to Claude Earl Hansen and Mariana Betz Hansen. He is the oldest of 3 children. He started school in San Lorenzo, California and graduated from La Puente Union High School in 1961. He entered the Air Force in 1961 and served until 1965 when he returned home to La Puente. He married Loretta Dean Beasley in September 1963 in Roswell, New Mexico and they had three children, Mary Elaine, Brian and David. He had various employment until he went to work for the U.S. Navy in 1973 at Port Hueneme, Calif. as a Systems Engineer where he retired in 2004. He married Dell Patricia Eilken in February 1977 in Las Vegas, Nevada and they have a son Gregory Aaron Thomas Hansen. Jay resided in Ventura County from 1973 to 1993 when he married Barbara Durham and they moved to Santa Monica, Cal. He was an active member of the Church of Jesus Christ of Latter Day Saints and held numerous callings in the Sunday School Presidency, Elders Quorum and High Priest Group. After retiring he and Barbara moved to Carson City, Nevada in August 2004 and then to Georgetown, Texas in May of 2007. He passed away on September 9, 2007, after a two year struggle with lung cancer. He had a great passion for riding his motorcycle, especially if he could ride it fast and loved hot rod cars. He is preceded in death by his father, Claude, mother, Mariana and brother Anthony Alan. He leaves behind his wife, Barbara, sons Brian, David and Gregory, daughter, Elaine, sister Valentine (Hansen) McTee, aunts, uncles, numerous cousins, nieces and nephews. There was a graveside service held on Sept. 15, 2007 at the Plain City Cemetery in Utah. A Memorial Service will be held on Saturday, October 13, 2007, at 11:00 a.m. at the Church of Jesus Christ of Latter-day Saints, located at 4345 W. Las Posas Road, Camarillo, California.